PTSD: How Ketamine Therapy Can Help 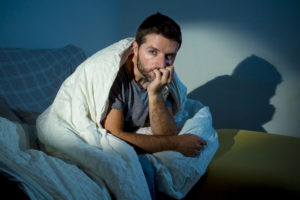 “More than 70% of adults worldwide experience a traumatic event at some time in their lives, and 31% experience four or more events.”

Post traumatic stress disorder (PTSD) occurs anywhere from 1.3% to 12.2% in a lifetime. This depends on the country and people that are more to PTSD: such as younger people, females, the disadvantaged, military personnel, police officers and other first responders.  The probability of developing PTSD is also higher in high-income countries.   It is characterized by persistent, intense reactions to reminders of a traumatic event.  Serious medical illness and even premature death are associated with PTSD. There is a high incidence (>50%) of coexisting mood disorder, anxiety and substance abuse.  Symptoms include hypervigilance, nightmares, heightened anxiety, altered mood and disruption of daily activities.  Unfortunately traditional pharmacotherapies are not offering reliable help.  These include selective serotonin reuptake inhibitors (SSRIs), serotonin norepinephrine reuptake inhibitors (SNRIs), and other medications that modulate, or make changes to common brain neurotransmitters. Ketamine therapy can help with PTSD.

Fortunately, ketamine therapy brings hope as a new PTSD pharmacotherapy that modulates a different, very important neurotransmitter; glutamate. Scientific evidence has explained that glutamate plays a key part in the pathophysiology of PTSD. It is an important excitatory neurotransmitter which plays a role in formation of memories, including trauma-related memories. Acute stress, or trauma, will increase the level of glutamate in the prefrontal cortex of the brain, assisting with memory formation of the event. It will also also contribute to neuronal toxicity, or cell damage .  Chronic stress with long term PTSD (and depression) results in overall decreased density of synapses, or connections between the neurons in our brain. Repeated studies show there is a reduced size of brain regions that regulate mood and cognition. The fascinating discovery about ketamine is its’ ability to help reverse these changes.  Ketamine rapidly increases the number and function of synaptic connections. It can thereby reverse the behavioral and neuronal changes.

This discovery of glutamate’s role in PTSD brought about the question of whether ketamine, an antagonist of the N-methyl-D-aspartate (NMDA) receptor, may help as a new medicinal approach for treatment. A randomized clinical trial published in 2014 by Adriana Feder, MD provided evidence for rapid reduction in severity of PTSD symptoms following a single ketamine infusion in patients with chronic PTSD.  Ketamine also relieved comorbid depressive symptoms in this study, with a greater effect on PTSD symptoms. This is study provides proof ketamine helps with PTSD.  Future research is still needed to solidify ketamine’s role in PTSD treatment, as it has repeatedly proven success with depression, obsessive-compulsive disorder, bipolar,etc. Multiple ketamine infusion clinics offer ketamine as an adjunct to healing from PTSD. As with other mood disorders, however,  a comprehensive approach that includes psychotherapy and monitoring by a mental health professional will still offer the greatest degree of success.

Simply provide us your name and phone number and we will within 1 business day.