Which Medications May Affect Ketamine Therapy?

There is one thing almost all ketamine therapy patients have in common: they are taking daily medications to manage their condition. Ketamine therapy is growing in popularity for the treatment of mood disorders, such as depression, anxiety, PTSD and suicidal ideations. It is also proving successful in the treatment of chronic pain conditions such as neuropathic pain and fibromyalgia. Many people find relief from ketamine therapy, but others do not get the same benefit.  One possible influence is the host of medications people take. This article will briefly review some medications that affect the way ketamine works in the body.

Competition in the Brain

Some medications prescribed for mood disorders are affecting the same pathways in the brain as ketamine. They may change the efficacy of ketamine, or how well it works. Therefore, they may actually delay and diminish or even boost the positive effects of treatment.

Competition in the Liver

The cytochrome P450 (CYP450) enzymes reside in the liver and one group, the CYP2B6, is the primary enzyme to break down ketamine to norketamine, the main metabolite. Some medications are also broken down by the CYP2B6 and can actually influence ketamine. What happens if that enzyme is either ramped up or down by other drugs?  A study from 2001 explained how some drugs affect this enzyme and can change ketamine levels.(4)

There is a wide range of variability among people making it difficult to predict who will need more or less ketamine. For example, having a certain variation of this CYP2B6 enzyme (CYP2B6*6) may actually slow the ketamine clearance from the body, and possibly increase unwanted side effects. This was shown in a study with chronic pain patients in 2015.(5) It also illustrated how advanced age may affect ketamine clearance from the body. It is important to note a separate study did not show any effect from this enzyme variation, but they included all healthy, younger volunteers.(6)

A second group of enzymes in the CYP450 group in the liver that breaks down ketamine is the CYP3A4, which metabolize about ½ of all drugs on the market. This group is so interesting because there are so many possible drug interactions.(7,8)  For example, drinking grapefruit juice or taking the antibiotic erythromycin can inhibit CYP3A4 from breaking down Xanax, leading to higher levels in the body, with possibly dangerous results. Likewise, ketamine is also affected when taken by mouth (versus IV, nasal or intramuscular). It is given in a lozenge form, which is called a troche. This oral form of ketamine undergoes a “first pass effect” or high rate of liver metabolism.  Thus, the troches are more likely to be affected by medications, including:

Increasing the total amount of ketamine due to interaction with certain medications may not always be desirable.  Increased side effects from both ketamine and the other medication are possible. For example, a study using fluconazole to increase ketamine duration in rats actually lead to poor outcomes.(9)

The medications that influence ketamine discussed above are just some found in peer reviewed research papers.  No doubt, a plethora of medications that patients and practitioners “feel” are interfering with ketamine therapy actually are, but are just not scientifically proven yet.

Always discuss medication changes with your prescribing doctor.  Abruptly stopping or reducing some medication can be dangerous. This article is meant for information purposes only, and should not be taken as direct medical advice for anyone. Ketamine is one part to the entire treatment program for strong mental health and/or chronic pain relief.  Work together with your doctor, therapist, and ketamine provider for an optimal outcome. 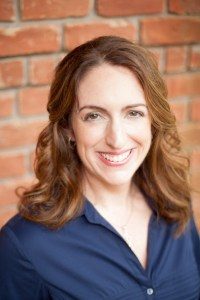 Simply provide us your name and phone number and we will contact you within one business day.